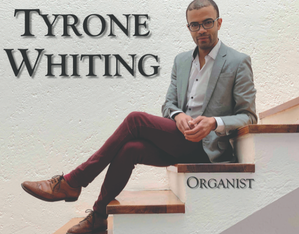 St. Barnabas Episcopal Church is delighted to announce that Tyrone Whiting will play the first concert in the Music at St. Barnabas Concert Series for the 2019-2020 season, which will take place at 5:00p.m. on Sunday, October 27.

Under the creative leadership of J. Michael Roush, Director of Music of St. Barnabas Episcopal Church, Mr. Whiting will play the Richards, Fowkes organ in a program that will include works by Mendelssohn, J.S. Bach and Sweelink, among others.

Tyrone Whiting, Music Director of Grace Church, Newark NJ, is a London UK native and winner of multiple prizes. He began his studies at the age of 16 and graduated from the Royal College of Organists.

Ticket are $30 for general seating and can be purchased at the door.

A meet the artist reception is graciously sponsored by Happiness Is Catering.

In 1988, St. Barnabas Church commissioned a “Classic” organ, representing the style prevalent during the 1600s in northern Germany and Holland, which was the type of organ that Bach and Handel played and composed upon.

Mr. Roush remarked, "What makes this performance so special is that Mr. Street studied in Europe on instruments just like our organ at St. Barnabas.