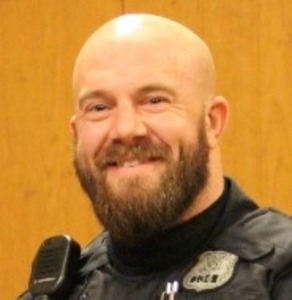 On Tuesday, December 17, 2019 Officer Quagliani suffered a medical emergency at his Greenwich residence while off-duty. Police and Greenwich Emergency Medical Service (GEMS) personnel responded to his residence, attempted lifesaving efforts and then transported him to Greenwich Hospital where he was eventually declared deceased. The cause of death has not been determined, but there is no sign of foul play.

Prior to joining the Police Department in 2015, Officer Quagliani served in the United States Army and had attained the rank of Sergeant. He served as an MP during Operation Iraqi Freedom.

We wish to extend our heartfelt thoughts and prayers to the family and friends of Justin and ask the public for its support during this difficult time.