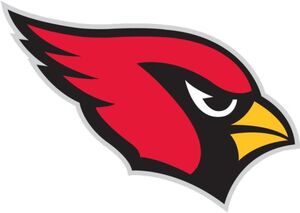 “Gus has shown an unwavering commitment to our student-athletes throughout the years,” Superintendent of Schools Dr. Toni Jones said. “Our staff has not seen anyone more dedicated; our students have not been led by a better leader; our community will not have a better friend.”

Hired by Greenwich Public Schools in September of 2005, Mr. Lindine has led the GHS Athletic Department, supporting student-athletes as they competed at a high level and achieved countless successes as Divisional, Conference (FCIAC), and State Champions. He has overseen a program that includes more than half of the student body and has helped the program grow to 42 different sports, consisting of 99 teams. GHS was named the FCIAC top athletic program in 2012, 2014, and 2018 and the State of Connecticut’s top athletic program twice by leading national media outlets.

“I genuinely consider myself very fortunate for being associated with so many impressive student-athletes and coaches throughout my years at Greenwich High School,” Mr. Lindine said. “It has been an honor and a privilege to have been a member of our athletic program and all of our proud traditions. I have enjoyed sharing many memorable moments and thank our parents and community for their enthusiastic commitment to our young people.”

“Gus has silently watched our student-athletes compete from the sidelines for more than a decade and has been a great asset to our entire community. He will be sorely missed,” Principal Ralph Mayo said. “Due to his hard work and dedication to our school and all student-athletes, Greenwich High School was twice ranked the number one athletic program in the State of Connecticut. We wish him much happiness in his retirement.”

Before coming to Greenwich, he was the Athletic Director at Fairfield High School for 11 years, In June of 2015, the FCIAC inducted him into its Hall of Fame and he has been a long-time member of the FCIAC Executive Board and Board of Directors.

The search for Mr. Lindine’s replacement will begin immediately.