Details
Published on Wednesday, 18 May 2022 18:47
Written by Connecticut Press Club 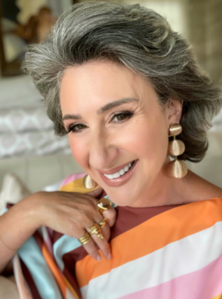 The Connecticut Press Club is proud to announce its 2021 Communication Contest award winners. Winners were notified by email, and the Club will salute them with an awards ceremony and celebration on June 8th.

The Club announced the winners of its first high school contest in March. Current students and recent high school graduates statewide entered work into 23 categories, including op-ed columns, blog posts, news and feature stories, radio, video, photographs, and cartoons. “We’re thrilled to have included young talent from throughout the state in this year’s competition and the judges were quite impressed by their submissions,” said Turk. “We look forward to expanding the reach of the high school contest in the future.”

The Connecticut Press Club will salute both professional and high school winners with a cocktail party and awards ceremony at The Old Post Tavern in Fairfield on June 8th. Award recipients, their guests, current and prospective members, and the community at large are invited to attend the event. Local author (and former journalist) Jane Green will be the emcee.

Jane's latest novel, Sister Stardust, was published on April 5th. She is published in more than 25 languages and has over 10 million books in print worldwide. The Connecticut Press Club is an affiliate of the National Federation of Press Women (NFPW) and includes both male and female members. First-place winners in the statewide contest are also eligible for awards in the nationwide contest sponsored by the NFPW.

Once comprised solely of print and broadcast journalists, the club now welcomes all types of communicators: writers, editors, bloggers, authors, educators, public relations professionals, media photographers, students, and others. More information on the club is available on the organization’s website.