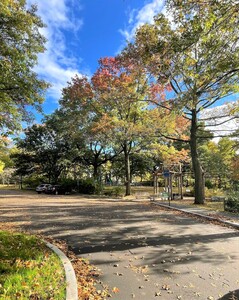 To make Bruce Park Playground more accessible and to improve pedestrian safety, a new sidewalk (leading up from Steamboat Road to the playground parking lot and entrance) has been constructed. In addition to extending the sidewalk, new ramps compliant with the Americans with Disabilities Act (ADA) was installed.

The playground’s parking lot has been reconstructed, regraded, and repaved. As a result, three new parking spaces were added and drainage improvements have been made.

In addition to these upgrades, there are ongoing projects close to Bruce Park Playground that will benefit pedestrians and bicyclists in this area. Currently, a curb and sidewalk project is taking place on Indian Harbor Drive, from Museum Drive to Orchard Place. A sight line issue on Indian Harbor Drive will be remediated by shifting all street parking to the westerly side of the road.