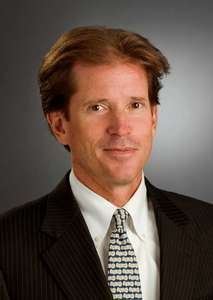 “Connecticut’s fiscal health is at a crossroads and all eyes are on us as businesses and families throughout our state continue to struggle,” said Sen. Frantz. “That is why I am proud to stand with my fellow Republican lawmakers to offer Connecticut a budget that outlines a stable and predictable future. This budget is a complete, balanced proposal that includes the structural changes that our state needs and sets priorities to bring us back from this fiscal mess. Our revised budget prioritizes transportation, focuses on education and makes services for individuals with disabilities a priority. It is in the state’s best interest for all lawmakers to come together now and pass a budget that puts us on a new, sustainable path. After two of the largest tax increases in our state’s history it is clear that taxing our way out of this fiscal situation is not working. Our budget makes the hard decisions, without raising taxes, and creates a confident Connecticut where everyone is free to pursue a future.”

“When drafting a budget, whether for your household, your business or your state government, self-discipline should always be the end game,” said Rep. Floren. “It is tempting to spend more and more when times are good, but when you fall upon difficult times, like Connecticut has, you have to ask yourself, why didn’t I prepare for this sooner? This new budget proposal is not perfect, but it is practical, and that’s exactly what we need right now. We have focused our state spending on the core functions of government to ensure that our neediest citizens will be taken care of, that our students will have a chance to succeed in the modern economy, and that our infrastructure will be able to support the private sector growth we hope to achieve in the near future. I am confident that we can all come together to do the right thing for our state.”

“This budget session was about more than passing a two-year spending plan, it was about fixing an underlying problem that has plagued Connecticut for years,” said Rep. Bocchino. “We need to take bold steps to reduce the size of our government, eliminate wasteful spending and take some of the burden off the people we represent. Paying taxes is like making an investment. You cannot expect someone to invest more without receiving anything in return. Right now, our education system is lagging, our infrastructure is antiquated and core services are being eliminated because the majority cannot make a decision. Our priority should be channeling our limited resources into core function to ensure that we continue to stay solvent. If we don’t stop the bleeding now, we will reach a point of no return.”

“With the mass exodus of key private sector leaders such as GE, UTC, Aetna and now Alexion, the General Assembly cannot waste another minute,” said Rep. Camillo. “You cannot go back to the people of Connecticut and ask them for more money when their jobs are leaving the state. Our job is not to ask for more when we deplete our revenue. Our job is to make responsible choices with the limited funds available. Economies flourish when burdensome regulations and taxes are removed from the equation, and that what this budget seeks to accomplish. We want new businesses to invest in Connecticut, we want residents to feel confident in their state government, and we want to assure the next generation that they will not inherit the financial mess that we face today. We were elected to make the tough choices, not play to various special interests.”

The Republican budget enacts two policies that will reduce taxes for retirees by phasing in a tax exemption for Social Security and pension income for middle income families. In addition, the Republican budget also restores the entire $200 property tax credit for all qualifying families and individuals. Under Governor Malloy’s tenure this tax credit has been reduced from $500 and we believe that property tax owners deserve a break on their taxes.

The Republican budget rejects the governor’s devastating education cuts contained in his budget proposal and executive order entirely. It instead includes a fully revised Education Cost Sharing Formula that takes into account factors regarding recent court decisions, enrollment, poverty, wealth and number of English Language Learners, among other factors. This budget dedicates $33.6 million more to education in FY 2018 and $136.6 million more in FY 2019 and phases in a new formula over 10 years. It also establishes a council to analyze and make any necessary changes to the new formula within the next year if deemed necessary.  In 2018 all towns and cities will either be held harmless or gain more ECS funding.

Acknowledging the multiplier effect that tourism has on our economy, the Republican budget proposes to transfer 1.5% of the currenthotel occupancy tax to a new Marketing, Culture and Tourism account. This is not a new tax as Democrats have proposed. Rather, it dedicates a portion of the current tax for its intended purpose to boost tourism funding. This budget also implements the Passports to Parks program that has garnered bipartisan support in the legislature.

The Republican budget proposal implements a freeze on overtime, a hiring freeze on non-24-hour non-union positions, and makes cuts to the legislature such as reducing the number of legislative committees. The budget also makes targeted spending cuts, 10 percent reductions to certain agency accounts, and rolls forward lapses made last year except for cuts to core services such as grants for mental health and substance abuse and youth service bureau funding.