Jane Doe No More Celebrates 10 Years with Gala and Awards 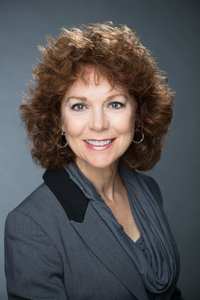 The event will be held at 6 p.m. on Friday, April 28, at the Palace Theater in Waterbury.

Desirae and Deondra Brown, members of “The 5 Browns” piano performance group, as well as Dylan Farrow, a daughter of Mia Farrow who wrote an open letter to the New York Times in 2014 about the abuse she suffered as a child, will all be honored with the Dr. Henry C. Lee Awards.

Jane Doe No More, founded by Donna Palomba in 2007, is making the prevention of sexual violence personal while providing support for survivors. In the late summer of 1993, Donna was the victim of a brutal rape in her own home. Hurt physically and emotionally, Donna began the slow process of recovery, simply thankful that she and her young children were alive. After the assault, however, the stigma and mistreatment she experienced by law enforcement, the public and the media motivated Donna to begin her own nonprofit.

“All too often victims of sexual violence suffer in devastating silence. Jane Doe No More is opening the door for victims to speak their truth, share their story, and continue their healing journey while helping others.”

Over the past 10 years, Jane Doe No More has improved the lives of countless sexual assault survivors; what started as a grass-roots organization is now a growing movement. Its core programs are Survivors Speak; Escape Alive Survival Skills; Duty Trumps Doubt; and the Safe Student Initiative. In total, the nonprofit has educated and empowered more than 20,000 people.

The 10th anniversary event is positioned to be the organization’s most ambitious fundraiser ever. Guests will enjoy red carpet interviews, food stations, passed hors d’oeuvres, and an open bar while they enter chances to win giant raffle baskets.

Special guests include honorary co-chairmen Mayor Neil O’Leary of Waterbury and Dr. William Petit, president of the Petit Family Foundation and Connecticut state representative. Nick Fradiani, the 2015 American Idol winner who hails from Guilford, CT, will play a short acoustic set on stage. Additionally, the evening will include a performance by Desirae and Deondra Brown and a debut of the song “Jane Doe No More,” performed in shadow dance by the Connecticut Dance Theatre of Watertown.

“We are proud and happy to support the life-changing work of Jane Doe No More over the past decade. It is rewarding to know that more women and girls are empowered and better prepared for the unexpected.”

The formal program, led by NBC Connecticut morning anchor Heidi Voight, begins at 8 p.m., and will include the presentation of the Dr. Henry C. Lee Awards to Farrow and the Browns.

Desirae and Deondra Brown recently formed the Foundation for Survivors of Abuse, whose mission is to highlight survivors of sexual abuse to educate the general public and legislators about unjust statute-of-limitations laws for these crimes.

Farrow, a member of the Jane Doe No More Survivors Speak Outreach Team, spoke openly to the world via a New York Times letter in 2014, conveying the deep pain she experienced as a childhood victim of sexual abuse by her father, Woody Allen. While Allen denies the accusations, Dylan’s bravery in speaking of her past is a testimony to her strength and ability to break through the façade of celebrity to uncover truth.

“Every victim should be treated with dignity and respect. I applaud this year’s recipients for their courage in the face of adversity and for working on behalf of other victims for much needed change.”

The night will conclude with a dance party celebration from 9:30 to 11:30 p.m., featuring gourmet desserts, a cash bar, and live music by Jones vs Jones with special guest Marty Q.

The 10th Anniversary Gala is underwritten in part by The Petit Family Foundation as presenting sponsor. Tickets for the entire evening’s festivities are $150. Sponsorship packages are still available; contact the office of Jane Doe No More at This email address is being protected from spambots. You need JavaScript enabled to view it. or (203)729-0245 for more information.