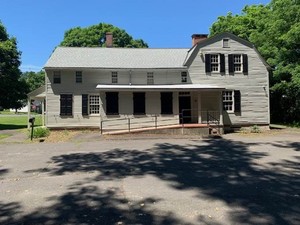 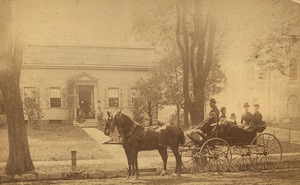 In honor of their 170th anniversary, the Savings Bank of Danbury will sponsor Phase III of the rehabilitation of the Charles Ives Home, an important piece of Danbury and the Bank’s history.

The Charles Ives Home, now owned by Danbury Museum and Historical Society, is currently under rehabilitation. The main section of that house dates back to 1780, as the Revolutionary War was ending and it was listed on the National Register of Historic Places in 1976. It was the original home of Savings Bank of Danbury and the Connecticut State Composer, Pulitzer Prize winner Charles Ives.

Many unique, original pieces of Danbury’s history will tell the story of Charles Ives and his family. Clothing, furniture, instruments, household items and art will detail what life was like in the later part of the 1800s and the early 1900s in Danbury. The total cost of the rehabilitation, over the course of four planned phases, will be approximately $600,000. The project was supported from community fundraising efforts, grant monies through the State of CT, Department of Economic and Community Development, State Historic Preservation office and the City of Danbury with the Savings Bank of Danbury covering the cost of the third phase of the project. Plans for the Charles Ives Home include welcoming an artist in residence to make the exhibit a living entity. The home will be open to the public upon completion in the late summer/fall of 2020.

The Savings Bank of Danbury is the city’s oldest, continuous running business. The Charles Ives Home was the first office for the bank opening on July 14, 1849. The desk, where the first banking business was conducted is on display for the public to see at the Savings Bank of Danbury main branch at 220 Main Street in Danbury. The desk was owned by George Ives, who served as the first Secretary-Treasurer of the bank, from 1849 to 1860. On its first day, the bank took in eight deposits totaling $15.00, and in its first year recorded deposits of $12,245.59. Banking was much more informal in those days; historical records of those early days reveal that the Bank was open only on Saturdays from 2 to 5 p.m., and that “it was generally known that, in the absence of Mr. Ives, deposits could be left with his wife at their kitchen door.”

“This project is only possible because the Savings Bank of Danbury chose to tell the story of their history through our Danbury Museum,” said Brigid Guertin, Executive Director of the Danbury Museum and Historical Society.  “Their story is part of the history of Danbury and they continue to be a strong supporter and member of our community. The result of our efforts will be a world class destination that we can all be proud of.”

“The Danbury Museum does a wonderful job in preserving our unique history and bringing culture to the region,” said Martin Morgado, President and Chief Executive Officer at Savings Bank of Danbury. “This project is a natural fit for us to support and we look forward to the final phase and completion of this historic property.”

In 1828, Isaac Ives bought the house. He was in his 80s at the time, and it would become identified with the family primarily due to his son George White Ives. At informal gatherings in the house, the younger Ives secured a charter for a railroad; it became the Housatonic line to Bridgeport; he later helped create and run the Danbury and Norwalk lines, completed in 1852, still in use today as the Danbury Branch of Metro-North's New Haven Line. And for many years the house served as headquarters for Savings Bank of Danbury. Over the course of the 19th century it was the residence of several generations of Iveses, a family important in the city's history. In 1874 it was the birthplace of Charles Ives, who became an internationally recognized composer in the early 20th century.

When the Savings Bank of Danbury opened its doors, the city had approximately 4,000 residents in 1849; schools had an enrollment of nearly 1,000 students. Zachary Taylor was President of the United States; and the principal form of transportation in and around Danbury was on foot. The region’s industries included hats (for which Danbury was to become famous), boots and shoes, carriage making, and wood and iron turning. There were approximately 200 working farms surrounding the community’s industrial hub.

The establishment of Savings Bank of Danbury afforded working men and women of the region a bank where they could deposit money that would work on behalf of depositors rather than stockholders. The Bank’s primary source of business was local home mortgages.

The Bank has a number of events planned throughout 2019 to commemorate its anniversary, and will announce them throughout the year.