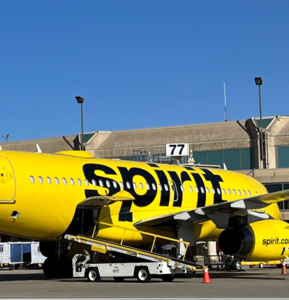 Governor Ned Lamont today joined officials from the Connecticut Airport Authority and Spirit Airlines to announce that the airline will be adding new, nonstop service from Bradley International Airport to Montego Bay, Jamaica. The announcement caps an effort from state officials and advocates to establish nonstop service to Jamaica from Connecticut’s largest airport.

The service is scheduled to launch on December 15, 2022, and will operate year-round, four times weekly. This is the first time that a nonstop flight to Jamaica is being offered by any airline that services Bradley International Airport.

“Connecticut has a significant population of residents with Jamaican ancestry, and I am proud to announce that this long-awaited nonstop service is being added at Bradley,” Governor Lamont said. “Today’s announcement with Spirit Airlines not only makes it easier for our state’s residents to directly travel to Jamaica, but it also strengthens Bradley’s reputation as one of the best and most convenient airports available. Bradley is a key economic driver for Connecticut, and the more airlines and destinations that we can add from the airport, the more attractive our state becomes to companies that are seeking to grow their own operations here. I am excited that we are partnering with Spirit Airlines to make direct travel between Connecticut and Jamaica a reality, and I look forward to the airline’s continued growth in our state.”

In its most recent Readers’ Choice Awards, Condé Nast Traveler ranked Bradley International Airport as the third best airport in the United States. The rankings are based on more than 800,000 responses from readers who rated their travel experiences across the globe.

“Spirit Airlines is excited to launch our first ever international flight from Bradley International Airport,” John Kirby, vice president of network planning for Spirit Airlines, said. “We sincerely appreciate our partnership with the airport and the opportunities to grow since launching service in 2017. We have tremendous teams both here in Connecticut and in Montego Bay and have proudly served Jamaica since 2005. We can’t wait to provide our Guests with More Go.”