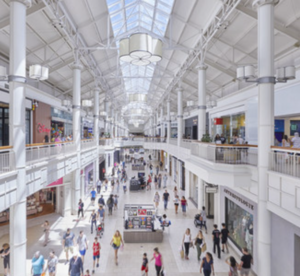 Macerich (NYSE: MAC), one of the nation's leading owners, operators and developers of one-of-a-kind retail and mixed-use properties in top markets, has announced it will welcome a new Target store to Danbury Fair in upscale suburban Connecticut.

The 126,000 square-foot 2-level Target store will open in the former Sears site and will be the first in the City of Danbury.

Target recently opened a new, three-level store in the former JCPenney location at Macerich's high-performing Kings Plaza in Brooklyn. As noted in The Real Deal in November 2021, when Macerich announced it would welcome Target to Kings Plaza, "Target's opening adds to a slew of anchor store replacements at Macerich properties….Irish retailer Primark is taking over department store locations in Green Acres Mall on Long Island, Tysons Corner Center in Northern Virginia and Fashion District Philadelphia."

Macerich has made similar replacements in the west, too. In May, the retail giant announced a Scheel's All Sports will replace a former Nordstrom department store at Chandler Fashion Center in Arizona.

Regarding the latest news about Danbury Fair, Macerich President Ed Coppola said, "Target coming to Danbury Fair is the latest anchor-replacement success for Macerich's A-quality portfolio of regional town centers. The terrific merchandise mix and attractive demographics surrounding Danbury Fair make this property a great match for all that Target has to offer."