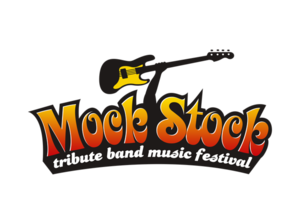 For more information go to www.mockstocktributefest.com/.

Friday, July 20, will feature Mock Stock Purple, celebrating the music and influences of Prince. The event will begin with Sly & the Family Stone cover band, Everyday People, at 6 p.m. Following a short break, Kiss The Sky will perform the music of Jimi Hendrix at 7:30 p.m. The main act, Dean Ford & The Beautiful Ones, will close the show at 9 p.m. with a Prince set of unparalleled realism.

New Jersey-based Everyday People promotes itself as “a nostalgic look at the ’70s, and in particular the music of Sly Stone or Sylvester Stewart.” The band’s online biography states, “Sly’s music as well as his band was unique and innovative, one might say ahead of his time. Today you can still hear the influence Sly had on music by listening to artists such as Prince, Bootsie Collins, John Legend and Michael Jackson, just to name a few. Everyday People will take you back in both sight and sound, so you can relive the genius of Sly’s music. … Just as in Sly’s original band, Everyday People is multi-cultural, energetic and rhythmically funky! Comprised of the same components as the original Family Stone, Everyday People has both the look and sound of the original band.”

Based in New York, New York, Kiss The Sky bills itself as “the most historically accurate and authentic Jimi Hendrix-tribute show ever.” According to the band’s social media profile, “Fronted by virtuoso guitarist and showman, Jimy Bleu, and backed by world-class touring musicians, Kiss The Sky is the only Hendrix tribute with a spot-on look and sound-a-like performers for both of Jimi’s bands: The Experience & The Band of Gypsys.” The band also promotes itself as “the only show using authentic replica costumes and the same musical gear Jimi used in the 1960s” and “the only show that can faithfully reproduce three of Hendrix’s most historic concerts: 1967’s Monterey Pop, the 1970 Fillmore’s Band of Gypsies & 1969’s famous Woodstock.”

Hailing from Portland, Maine, Dean Ford says he “embodies Prince with every fiber of his being, giving you a show as close as you will ever get to the real thing.” Ford and his band perform all the hits audiences know and love, including the “Purple Rain” album in its entirety. According to the band’s Facebook bio, “… it’s more than just the songs. He’s got the look, the moves, and the sounds down jaw-droppingly well. So well, you’ll forget it’s only a tribute. … It all started in 2012 when Ford and his musician friends put on their first of many sold-out tributes to the Purple One in Portland. The show, lovingly entitled ‘Purple Brainz’ is now held annually at the prestigious Port City Music Hall. Past shows have featured Prince and The Revolution’s own keyboardist Matt ‘Doctor’ Fink. Lately, Ford has been sticking with a rotation of his core band, The Beautiful Ones, although he and the band have plenty of surprises up their frilled sleeves.”

Saturday, July 21, Ives Concert Park will be rocking again starting at 6 p.m with Mock Stock Metal, a tribute to the music of AC/DC, Metallica and Guns ‘n’ Roses.

For those about to rock, Pennsylvania-based Halfway to Hell will salute the Ives audience with its “tribute to AC/DC featuring two vocalists, one covering Bon Scott and one covering Brian Johnson.” A fan post on the band’s Facebook page from a recent show proclaimed, “Amazing band, they played three sets (over 3h long) and the different style of the two lead singers allowed them to sing a wide variety of AC/DC songs. YOU GUYS ROCK!”

At 7:30 p.m., Metallica tribute band, Four Horsemen will keep the Ives stage rocking. A recent Facebook fan post raved of the Cleveland, Ohio-based band, “The Four Horsemen don’t just cover early Metallica classics — they actually re-create them, note-for-note. I was blown away by their skill, speed, and accuracy, as well as by their showmanship. If you like metal even a little bit, you need to see these guys!”

Mock Stock Metal will close with a performance at 9:10 p.m. by Guns ‘n’ Roses tribute band out of northern New Jersey, Get Your Guns. According to the band’s bio, “Get Your Guns is undeniable, the definitive Guns ‘n’ Roses tribute. From the incredible reproduction of the music to the same raw attitude on stage, Get Your Guns truly recaptures the aura that made GN’R famous. The show begins with a reproduction of ‘Appetite For Destruction,’ the album that started it all. As the set continues, GYG lets the crowd call the shots. Setlists are not an issue, it’s all about audience participation. A ‘you want it, you got it’ attitude.”

Western Connecticut State University changes lives by providing all students with a high-quality education that fosters their growth as individuals, scholars, professionals, and leaders in a global society. Our vision: To be widely recognized as a premier public university with outstanding teachers and scholars who prepare students to contribute to the world in a meaningful way.