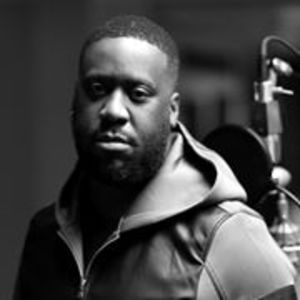 The Western Connecticut State University Department of Music will celebrate its 24th annual Jazz Festival from April 25 through 27, showcasing the university’s student and faculty jazz musicians and bringing legendary bassist Ron Carter and the acoustic jazz artistry of the Robert Glasper Trio to Danbury for featured concerts.

All performances will be in the Veronica Hagman Concert Hall of the Visual and Performing Arts Center on the WCSU Westside campus, 43 Lake Ave. Extension in Danbury. General admission prices are $6 in advance or $10 at the door for the WCSU student concert on April 25; $20, for the April 26 Jazz Orchestra concert featuring Carter; and $25, for the April 27 Robert Glasper Trio concert. Reservations for all concerts are available at www.wcsuvpac.eventbrite.com.

As part of the university’s annual jazz celebration, the Department of Music also will host a High School Jazz Adjudication Festival on April 27 at VPAC.

Carter’s extraordinary career spanning six decades took off in the 1960s as a member of the Miles Davis Quintet, performing on the group’s “Seven Steps to Heaven” and “E.S. P.” albums and as a sideman on Blue Note recordings with Herbie Hancock, Wayne Shorter, Freddie Hubbard, Sam Rivers, McCoy Tyner and many other jazz artists of the period. He began producing his own releases on the CTI Records label in the 1970s and has built up a personal discography of more than 40 albums in wide-ranging musical partnerships ranging from Hank Jones, B.B. King, Cannonball Adderley and Jim Hall to Cedar Walton, Houston Person, Lena Horne and Billy Joel. He won Grammy Awards in 1993 for Best Jazz Instrumental Group and in 1998 for his instrumental composition “Call Street Blues” featured in the film “Round Midnight.” Among his many other recognitions are honors as Outstanding Bassist of the Decade by the Detroit News, Jazz Bassist of the Year by Downbeat magazine, MVP by the National Academy of Recording Arts and Sciences, and Commander of the Order of Arts and Letters by the French Ministry of Culture. He is also an accomplished cellist who has made numerous recordings on that instrument.

Carter continues to tour worldwide as a featured performer in concerts across the Americas, Europe and Asia. He has composed music for films, taught master classes around the world, and served on the music faculties of the Juilliard School and the City College of New York, where he is a Distinguished Professor Emeritus. He is the author of several books for bass performers and “The Ron Carter Songbook” of original compositions, as well as his autobiography, “Finding the Right Notes.” His humanitarian work with the Jazz Foundation of America has benefited elderly jazz and blues musicians, including survivors in New Orleans of Hurricane Katrina.

Glasper, a three-time Grammy Award winner, has been described by Tempe Nakiska in Interview magazine as “intelligent, creative and incredibly impassioned, the ideal flag-bearer for the new jazz era.” A Texas native who pursued studies at the New School for Jazz and Contemporary Music, he has performed with leading jazz, hip-hop and R&B artists of the past two decades for recordings and at concerts and festivals across the United States and around the world. As a bandleader, he has been a pioneer in exploring new frontiers of acoustic jazz with the Robert Glasper Trio and electronic jazz music with the Robert Glasper Experiment. “It’s like you’re listening to an impromptu jam session, where everything and everyone is clicking on all cylinders,” Billboard magazine observed.

Glasper’s breakthrough album releases featuring original compositions included “Fresh Sound New Talent” in 2004 and “Canvas” on Blue Note Records in 2005. He has been nominated six times for Grammy awards and won for Best R&B Album with “Black Radio” in 2012 and “Black Radio 2” in 2015, as well as Best Traditional R&B Performance in 2015 for “Jesus Children of America.” His diverse collaborations have ranged the gamut of accompanying artists from Mos Def, Bilal Oliver, Kanye West and J-Z to Christian McBride, Damion Reid, Derrick Hodge and Vicente Archer.