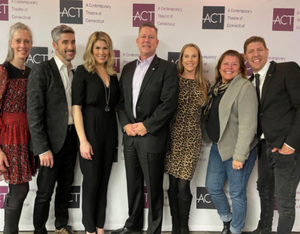 Last night‘s sold-out performance at ACT of CT was spectacular!

Heidi currently stars on Broadway in JAGGED LITTLE PILL and has also starred on Broadway in SOMETHING ROTTEN, THE LITTLE MERMAID, THE FULL MONTY, THE ADDAMS FAMILY, and created the role of Katherine in FREAKY FRIDAY for Disney Channel and Disney on Broadway. ACT’s BROADWAY UNPLUGGED series has become an audience favorite, with past guest stars including Jessica Vosk, Lindsay Mendez, Derek Klena, Elizabeth Stanley, and Kate Baldwin.

BROADWAY UNPLUGGED is a unique and intimate one-night-only concert experience where Bryan brings one of his Broadway celebrity friends to ACT of CT for an evening of incredible performances and hysterical banter, coupled with amazing stories.

BROADWAY UNPLUGGED is made possible by generous sponsors like Dan and Brenda Berta and Fairfield County Bank.

Tickets for ACT of CT’s next BROADWAY UNPLUGGED (on April 4th) will go on sale to the public in 2022.

Learn more about ACT of CT and purchase tickets to upcoming performances here.