Need a reason to be Bubbly? Colbie Caillat returns to The Ridgefield Playhouse, public sale on Friday!

Details
Published on Tuesday, 14 December 2021 21:28
Written by The Ridgefield Playhouse 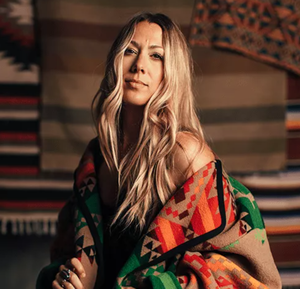 Grammy Award-winning singer-songwriter Colbie Caillat is celebrating the 15th Anniversary of her breakthrough hit “Bubbly” at The Playhouse on Wednesday, March 9th!
To this day, “Bubbly” remains one of the best-selling digital tracks in history. It was featured on Colbie’s multi-platinum debut album COCO which hit #5 on the Billboard Top 200 Albums chart upon release, while her sophomore set Breakthrough landed at #1.
Get ready for a night of hits including “Brighter Than The Sun,” “Try,” “I Do,” “Fallin’ For You” and many more! Colbie has played sold out venues everywhere alongside everybody from John Mayer to Sheryl Crow. Throughout her career, she has been an avowed spokesperson and supporter for ASPCA, the Surfrider Foundation, Save The Music, Farm Sanctuary, and The Humane Society of the United States.
VIP INFO / DISCOUNTS / PROMOTIONS