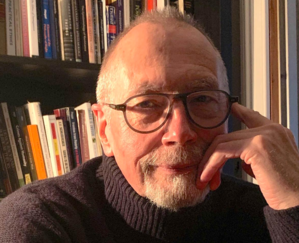 A philosophical discussion on the relationship between individuals, the society they constitute, and how this is warped in capitalist ideology, will be held at Western Connecticut State University on Wednesday, April 27.

Dr. Graham Priest, Distinguished Professor of Philosophy at the Graduate Center, City University of New York, will lecture on “Social Atomism and its Problems — Metaphysical and Political.”

In the theory of social atomism (to be found, for example, in Hobbes and Locke), individuals are self-interested and cooperate with others only in the furtherance of those interests. Priest will explore that theory in his lecture at 5:30 p.m. in White Hall on the WCSU Midtown campus, 181 White St., Danbury.

“Social atomism is a view that informs much contemporary social thinking,” Priest said. “Drawing on arguments from Marxism and Buddhism, I will argue that it is false, and explore the consequences of this for a number of issues, notably those related to capitalism.”

Priest grew up in London as the only child of working class parents, he said in an interview with the website “What is it like to be a Philosopher?”

“My parents were not well educated. In my family life, there was no ‘high’ art, music, literature; but my mother was an exceptionally loving person. She made sure that I could read before I went to school, and was always concerned for my education.”

Priest was accepted to St. John’s College, Cambridge, and studied math. He earned a Ph.D. in Mathematics at the London School of Economics. But during that process, he discovered that “Philosophy was so much more fun than mathematics,” and though he was largely self-taught at the time, the University of St. Andrew’s offered him a two-year teaching job.

When that assignment ended, he was hired to teach at the University of Western Australia in Perth. He moved there and stayed for more than 30 years in Australia at UWA and two other universities (University of Queensland and University of Melbourne).

He is known for his work on non-classical logic, particularly in connection with dialetheism, on metaphysics, on the history of philosophy, and on Buddhist philosophy. He has published several books and over 300 papers in nearly every major logic and philosophy journal.

While teaching in New York for the past decade, he said, he continued to learn about philosophy.

“In the early years, most of my interests were in logic and related areas,” Priest said. “But they gradually spread out into many other areas: metaphysics, the history of philosophy, Buddhist philosophy, ethics. One often thinks of philosophy as having many different and rather isolated areas. But that's not the case: in the end, all these things link up into one big connected picture. Though I think it takes years and years to see this. At least, it took me years and years.”

Priest’s lecture is sponsored by the WCSU Department of Philosophy and Humanistic Studies. The event will be free and open to the public.

For more information, contact the Office of Public Relations at This email address is being protected from spambots. You need JavaScript enabled to view it. .