Details
Published on Sunday, 14 August 2022 14:41
Written by The Ridgefield Playhouse 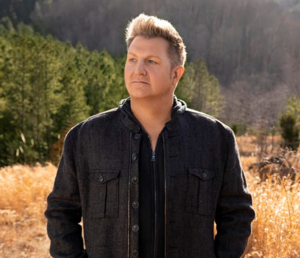 Gary LeVox, Rascal Flatts’ 20-year-long frontman is making his solo debut at The Ridgefield Playhouse on Friday, September 2, 2022, at 8pm. Along with bandmates Jay DeMarcus and Joe Don Rooney, LeVox founded Rascal Flatts in 2000, and they went on to enjoy one of the most successful careers in modern country music.

With more than a dozen No. 1 songs, Rascal Flatts is best known for hits “These Days,” “Bless The Broken Road,” “What Hurts The Most,” “My Wish” and the monster hit “Life Is a Highway.”  Now, LeVox is more excited than ever as he feels embarks on a new solo tour featuring Rascal Flatts hits and solo material.

His performance at the Playhouse is part of the Mountain Dew Country & Bluegrass Series sponsored by Texas Roadhouse. Make it a great night out with dinner and a show – visit Ancient Mariner for dinner and enjoy a complimentary glass of house wine or draft beer with the purchase of an entrée with your ticket!  Rascal Flatts’ is a featured artist of media sponsor 107.3fm The Bull.

Known well for their Top 5 hit, “Prayin’ for Daylight,” Rascal Flatts continued to infuse country’s traditional mainstream with smooth-pop textures and faithful positivity for 20 years until celebrating their farewell with TWENTY YEARS OF RASCAL FLATTS: THE GREATEST HITS in 2020 as well as a radio hit “How They Remember You.”  “The Distance” is one of five songs on LeVox’s debut solo collection ONE ON ONE (Big Machine Records), which includes multiple compelling collaborations as LeVox leans on his “congregation” to explore his new purpose.

His new track features an exhilarating mix of LeVox’s vocals and positivity - encouraging fans to never give up - a message that he knows well himself. GRAMMY-winning Jonathan McReynolds offers a testimony of gratitude for “Never Forget,” and LeVox’s daughter Brittany joins the family business on “While I Wait.” Then, with the reflective “All I See,” country-rap firebrand BRELAND helps the superstar keep his eyes on the ultimate prize and LeVox and MercyMe mix California pop and sunny spirituality on “A Little Love.” LeVox also recently released “We Got Fight,” featured as the coveted end credit in Netflix’s new film The Ice Road.

Do not miss being one of the very first fans to see LeVox perform as he breaks forth in his new musical solo career at The Ridgefield Playhouse!

For more information or to purchase touchless print at home ticket ($125-150) go online at www.ridgefieldplayhouse.org or, you can visit or call the box office (203) 438-5795. The Ridgefield Playhouse is a non-profit performing arts center located at 80 East Ridge, parallel to Main Street, Ridgefield, CT and is committed to keeping the arts alive and available to all.