WCSU Commencement ceremonies on Sunday, May 15 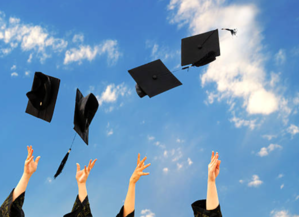 Western Connecticut State University will hold its 124th Commencement Exercises in two ceremonies on Sunday, May 15, at the Westside Athletic Complex on the university’s Westside campus, 43 Lake Ave. Extension in Danbury.

In addition to the 1,021 undergraduates, 192 master’s degree recipients and 18 doctoral degree candidates who are eligible to participate in the ceremonies, community activist and attorney James H. Maloney will receive the President’s Medal from WCSU President Dr. John B. Clark.

From 1987 to 1995, Maloney served the 24th District as Connecticut State Senator for Danbury, Bethel and New Fairfield, and was twice named “Legislator of the Year” by major statewide public service organizations. In 1996, Maloney ran for the U.S. Congressional seat representing the Fifth District with a message of fiscal sustainability combined with advancing progressive human service programs such as Medicaid, Medicare and federal student loans — winning the first of three terms.

“Recognizing Jim Maloney with the President’s Medal was a very easy and satisfying decision,” Clark said. “Like our previous awardees, Jim has dedicated his working life to the greater Danbury region. We want to celebrate his public service as a member of Congress, as the founder of CIFC, and for his great generosity of time to many nonprofits and organizations, including WCSU, where his focus is always on how to best serve students.”

Traffic is expected to be heavy on Lake Ave. Extension an hour before and immediately after each ceremony, and the public should consider alternate routes during those times.