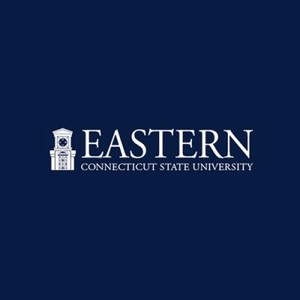 Among the honored was Robin Blassberg '21 of Danbury who majors in Communication. Blassberg was inducted into Lambda Pi Eta and presented with an award for Excellence in Journalism.

Membership to Lambda Pi Eta is by invitation only. Qualifications for Lambda Pi Eta inductees include having completed at least 12 semester hours in communication studies, a cumulative GPA of at least 3.0 and being in the upper 35 percent of their graduating class.

Eastern Connecticut State University is the state of Connecticut's public liberal arts university, serving 5,200 students annually at its Willimantic campus and satellite locations. In addition to attracting students from 160 of Connecticut's 169 towns, Eastern also draws students from 33 other states and 80 other countries. A residential campus offering 41 majors and 65 minors, Eastern offers students a strong liberal art foundation grounded in an array of applied learning opportunities. Ranked among the top 30 public universities in the North Region by U.S. News and World Report in its 2019 Best College ratings, Eastern has also been awarded "Green Campus" status by the Princeton Review nine years in a row. For more information, visit www.easternct.edu.