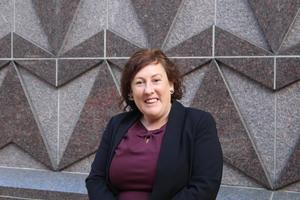 Courtney LeBorious has been named the new Director of Finance and Operations for Danbury Public Schools.

LeBorious was most recently the executive director of finance business operations for the City University of New York (CUNY), Hunter College, where she oversaw the college’s budget, accounting, bursar, procurement and accounts payable departments. She previously held leadership positions in the area of public finance in New York with the Administration for Children’s Services, the New York City Mayor’s Office of Management and Budget, and the Department of Health and Mental Hygiene.

“Courtney LeBorious is an out-of-the-box thinker who impressed us with her knowledge of public finance in education, her demonstrated management skills in other similar large organizations, and her commitment to helping us grow the finance side of our organization effectively and efficiently.  We are excited to have Courtney on our team to help to move our district to the next level," said Superintendent Dr. Sal Pascarella.

LeBorious earned a Bachelor of Arts from American University and a Master of Science with a concentration in urban policy analysis and management from the New School University, Robert J. Milano Graduate School of Management and Urban Policy.