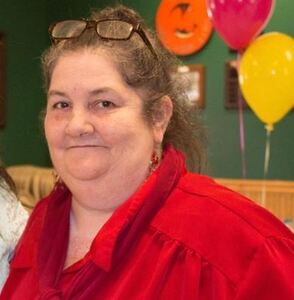 Mrs. Kemlage was born in New York, New York, on March 6, 1953, a daughter of the late William and Marilyn (Farar) Madero. She attended New York schools. A resident of Danbury for the past forty-five years coming from Bayside, Queens, New York, Mrs. Kemlage was a former counselor at the Women’s Center of Greater Danbury and was very involved with the Hat City Sports program; most especially with the Danbury Vikings. She served as a cheerleading commissioner and was often referred to as “a second mom “to many children. She was a member of the Elks Lodge Ladies Auxiliary, and the Women of the Moose.

In addition to her husband of forty-six years, she is survived by a daughter, Cortni Muir and her husband Christopher; a sister, Misty Madero; three grandchildren, Sydney, Ryan, and Christopher Jr.; special friends, Casey Gage, Bradley Guy, the Demato family, and the Grieco family and several nieces and nephews. In addition to her parents, Mrs. Kemlage was predeceased by a sister, Laura Cleveland.

A (Public) Walk-Through Visitation will take place on Friday, April 9, 2021, from 5 P.M. to 8 P.M. in the Jowdy-Kane Funeral Home, 9-11 Granville Ave., Danbury. Due to the concerns facing us all at this time regarding gatherings, the funeral service will be held (Private) for the immediate family.