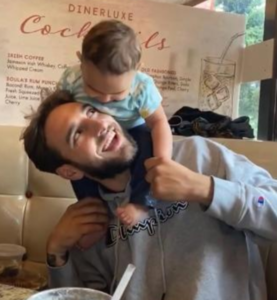 Ross Avery Markey, a skilled carpenter and lifelong resident of Danbury, CT, died unexpectedly on Wednesday, March 23, 2022, at the age of 29 while in his home.

Born July 19, 1992, Ross is a graduate of New Milford High School and previously had been a member of the United Brotherhood of Carpenters and Joiners Local 326.

He enjoyed annual family vacations in Newport, RI, as well as playing flag football and soccer. Ross will be missed deeply by his huge family and many loyal, lifelong friends for his incredibly sensitive heart, unfailing sense of silliness, and pure love of children, especially for his baby girl, Rose Marie. Rose Marie was the love of his life, and Ross couldn’t have been more proud to be her father.

The family will observe a private memorial.

In lieu of flowers, donations can be made on behalf of Rose Marie at the following link: https://gofund.me/6335f114