Details
Published on Thursday, 12 May 2022 11:44
Written by New York Institute of Technology 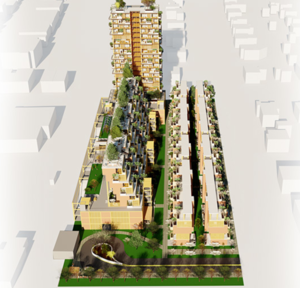 Matthew Kennedy from Danbury was one of six students from New York Institute of Technology's School of Architecture and Design who were named to Metropolis magazine's Future100.

Four undergraduates and two graduate students from New York Tech's School of Architecture and Design were named to this year's list.