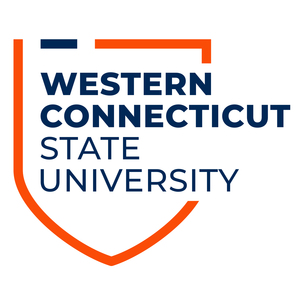 Six Western Connecticut State University student-athlete alumni and the standout 1975 Men’s Soccer Team will be honored at the WCSU Athletic Hall of Fame Banquet on Friday, Sept. 23, at the Amber Room Colonnade in Danbury and then inducted into the WCSU Athletic Hall of Fame on Saturday, Sept. 24, at the university’s O’Neill Athletic and Convocation Center on the Westside campus. The events are part of WCSU’s 2022 Homecoming weekend events, and the public is invited to participate.

The banquet, sponsored by the WCSU Alumni Association, will celebrate this year’s Athletic Hall of Fame inductions of former WCSU student-athletes in men’s and women’s basketball, football, women’s tennis and women’s swimming and diving. The celebration also will honor the 1975 Men’s Soccer Team for its outstanding season that earned them an NAIA District 31 Championship and appearance in the NAIA Regional Tournament.

Tickets to the WCSU Athletic Hall of Fame Banquet are available by emailing or calling the Alumni Relations Office at This email address is being protected from spambots. You need JavaScript enabled to view it. or (203) 837-9090. The night begins at 5:30 p.m. at the Amber Room Colonnade, 1 Stacey Road in Danbury. Admission is $75 per person or $700 to reserve a table for 10.

The Induction Ceremony the next day will take place at 11 a.m. in the Hall of Fame at the front of the O’Neill Center on the university’s Westside campus, 43 Lake Ave. Extension in Danbury. Admission is free and the public is invited. Alumni who will be honored for their contributions to WCSU Athletics during their competition in intercollegiate sports include:

Eric Knowlton ’69 played WestConn basketball from 1966 to 1969. Playing as a center, Knowlton averaged 26 points per game as a freshman and 34 points per game as a senior, with a game high of 45 points his senior year. His career shooting percentage was 50% and he had a career average of 10 rebounds per game. Knowlton was a fifth leading scorer for the National NAIA, was a member of Hat City All-Star Team, and was invited to NBA tryouts with the New York Knickerbockers. Knowlton, who earned a B.A. in Education, currently resides in Palm Springs, California.

Jamie Prunty ’85 was a defensive lineman and four-year starter for WestConn football, earning a series of honors including Homecoming MVP and Defensive Player of the Game ’84, and in 1985 was Most Valuable Defensive Player, ECAC Defensive player of the Week and ECAC All- Conference First Team - Defensive Line. Prunty was an instrumental member of the first WestConn NCAA-nationally ranked defensive unit and played in the NCAA’s Division III National Championship Tournament of 1985. He remains the current WCSU Football Defensive Record holder, with four quarterback sacks in a single game (1985), 13 quarterback sacks in a single season (1985) and 33 total career quarterback sacks from 1982-85. Prunty, who resides in his hometown of Oxford, earned a B.B.A. in Finance from WCSU.

Kelly (Kindle) Fengler ’95, ‘08 was a women’s basketball stand-out star during her undergraduate years from 1989-93. In 1993 she was top ten in assists, fourth in all-time rebounds and fifth in all-time scoring, and during her tenure she was 13th in all-time scoring with 1,081 points. Fengler was named to First Team - New England Woman’s Association and First Team Division III All-New England, and received a Kodak All-American Honorable Mention. She earned a B.S. in Elementary Education and M.S. in Education - Reading and resides in Woodbury.

Lauren (Post) Manzi ’11, one of the strongest competitors on the tennis courts while representing WCSU, won the LEC Championship and NCAA Tournament in 2009, and made LEC All-Conference Singles/Doubles First Team in 2010, Second Team in 2009 and the Singles Team in 2008. She earned a B.B.A. in Marketing. Originally from Danbury, Manzi lives in Plantsville.

Additionally, the 1975 Men’s Soccer Team will be honored and inducted in the WCSU Athletic Hall of Fame. The team won the NAIA District 31 Championship, earning the program’s first post-season tournament victory and a place in the NAIA Regional Tournament. During the regular season, the team averaged 4.3 goals per game for 61 regular season goals and had six regular season shutouts with a 10-4-1 regular season record including eight consecutive wins.