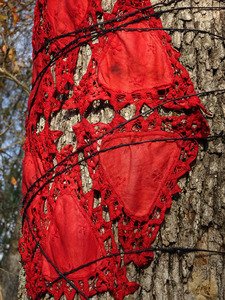 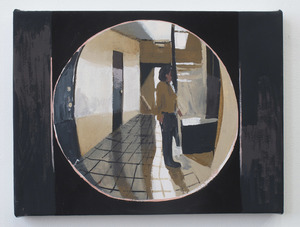 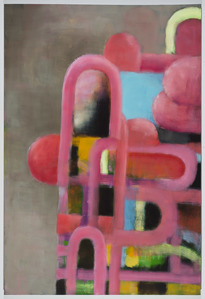 Works in diverse mediums by 11 artists featured from Jan. 25 to March 4

Eleven critically acclaimed artists who work in more than one medium will participate this winter in “Parallel Practices,” an exhibition that will run from Thursday, Jan. 25, through Sunday, March 4, in the Visual and Performing Arts Center Art Gallery at Western Connecticut State University.

“‘Parallel Practices’ will showcase the cross-pollination of ideas and the unexpected variety of expression that happens concurrently in these artists’ studios, creating parallel bodies of work, each equally important to their practices,” the exhibition guide observed. The exhibition will present the participating artists’ works in mediums that include painting, sculpture, collage, drawing, ceramics, animation, installation and photography.

An opening reception will be held from 6 to 8 p.m. on Jan. 25 in the VPAC Art Gallery on the university’s Westside campus, 43 Lake Ave. Extension in Danbury. The exhibition will be open for public viewing during gallery hours from noon to 4 p.m. Monday through Friday and from 1 to 4 p.m. Saturday and Sunday. Admission for gallery viewing and the opening reception will be free and open to the public; reservations to attend the reception should be made online on the VPAC events web page at www.wcsuvpac.eventbrite.com. The Art Gallery exhibition program is sponsored by the WCSU Department of Art with support from gallery patrons; donations to sustain the program will be accepted.

Glavin and Spergel, who are both practicing professional artists with extensive exhibition histories, will present a curators talk in the VPAC Art Gallery at 6:30 p.m. on Wednesday, Jan. 31. Admission will be free and open to the public. An abstract painter, printmaker and collage artist, Glavin is the cofounder of Wilson Avenue Loft Artists, a community of artist studios in Norwalk. She has shown her work in more than 50 group exhibitions and recently had a solo exhibition at the George Gallery in Charleston, South Carolina. She received her B.F.A. from Syracuse University. Spergel has shown her paintings, drawings and monoprints widely in solo and group exhibitions in New York, Connecticut, Ohio and Texas. She was the featured artist in the February 2011 Northeast Edition of the publication, “New American Paintings.” She received a B.F.A. from Cornell University and an M.F.A. from the School of Visual Arts in New York.

In partnership with the VPAC Art Gallery, regional art museums will offer reduced-fee admission tickets for their own venues to guests who visit the “Parallel Practices” exhibition. Participating museums include the Aldrich Contemporary Museum of Art in Ridgefield, the Bruce Museum in Greenwich, the New Britain Museum of American Art and the Katonah (New York) Art Center. Visitors to the WCSU exhibition may request a pass from the VPAC Gallery docent that will allow them to visit any of the four museums from Jan. 25 through March 4 at a reduced entrance fee.

Following are biographical notes on the artists featured in “Parallel Practices”:

Harriet Bellows holds an M.F.A. from the College of Art and Design at Alfred University and maintained a ceramics studio before embarking on a 30-year career as a professional pilot, retiring in 2010. Her artistic creativity has taken new directions over the past decade with an extensive body of work including abstract paintings on wood and canvas as well as wall hangings and free-standing sculptures. “I’m a great believer in the use of different materials to convey ideas,” she said. “I can easily move between studio supplies, using what seems best. This often includes several different materials within a work day.” Her paintings have been shown in numerous exhibitions in the United States and she is a recipient of the Artist Fellowship at the Virginia Center for the Creative Arts.

Matt Bollinger, recipient of an M.F.A. from the Rhode Island School of Design, has participated in more than 50 solo and group exhibitions across the United States as well as in France and Germany. “My work has always moved fluidly between mediums: drawing and sound, collage and sculpture, and most recently between painting and animation,” he said. “The different mediums I use revolve around a narrative core. Because of this, when I shift materials, I can take advantage of that form’s storytelling potential.” He has earned numerous arts fellowships and his works are held in the collections of the Nerman Museum of Contemporary Art in Overland Park, Kansas, and the Museum of Fine Arts in Dole, France.

Guy C. Corriero is a New York native and recipient of B.F.A. and M.F.A. degrees from the School of the Visual Arts whose paintings, drawings and ceramic sculptures have been exhibited widely in the United States and abroad over the past three decades. Paintings created at his Brooklyn studio include works built with diverse materials including gesso, composed of ground chalk suspended in a binding medium of rabbit-skin glue; his sculptures are “hand-formed, irregular vessel-like objects with cascading glazes” that often feature abstract references to the human body, Wall Street International magazine wrote. “I have always constructed my paintings,” Corriero said, “that is, building them with my hands, out of wood, cutting them apart, gluing them and putting them back together, layering them with plaster, drawing in pencil and marker. It is a very physical way of making paintings.” Similar techniques and use of materials in his drawings and sculptures express a common “desire to physically manipulate material with my hands into an object, another body, a new self,” he noted.

Deborah Dancy is an abstract artist who has expanded her creative palette from painting to other mediums including photography, prints, drawings and sculpture. “There is an undercurrent of subtle but urgent tension in her work as she builds tangential entanglements, linear demarcations, erasures and abutting shapes that provoke, entice and disrupt,” her website biography said. “From densely painted forms to more minimally declared images, Dancy’s work operates in the recognition that everyday moments, meanderings, intentional and accidental observations and notations are best when the beautiful and the disconcerting are combined.” A member of the University of Connecticut art faculty for more than 35 years and recipient of prestigious honors including the Guggenheim, Yaddo and Hearst Creative Arts fellowships, Dancy has presented 14 solo exhibitions and participated in many group exhibitions across the country. Her works are held in 30 permanent collections at museums, galleries and corporate sites nationwide including the Museum of Fine Arts in Boston, the Detroit Institute of Art and the Kemper Museum of Contemporary Art in Kansas City.

Fukuko Harris, recipient of an M.F.A. from the New York Studio School of Drawing, Painting and Sculpture, creates paintings and three-dimensional works simultaneously at her studios in New York City and in Montauk on Long Island. “After painting on canvas for some years, I grew weary of the confines of the rectangular plane,” she said. “I felt the desire to extend my work outside the canvas and began to attach different types of objects to the stretchers of my paintings,” a practice that has developed into incorporation of sculptural 3-D elements in her works. “It is my intention to continue these parallel practices, working with everyday and recyclable materials, giving them a second chance to be something expected and special.” She has participated in five two-person shows and more than 20 group shows at galleries across the Northeast, and is recipient of the 2015 Publisher Choice Award from Art & Beyond magazine.

Carol McMahon has participated in more than 50 solo and group exhibitions in Boston, New England and New York during a career spanning more than 40 years. Recipient of a B.F.A. from the Boston University College of Art, McMahon said that she seeks to create “something new and unexpected” in moving beyond traditional painting techniques and tools. “By adding found objects and untraditional materials to the work, with their different surfaces, dimensions, former uses, qualities and histories, I give myself more options for expression,” she said. “I collect all kinds of stuff and like to have it around me in the studio. When I see disparate things together, especially when they accidentally touch each other, it can spark a fresh idea.” Her works are held in the collections of the New Britain Museum of American Art, Tufts New England Hospital and the Gillette Company.

Patricia Miranda has extensive experience as a gallery curator and arts educator as well as an artist whose works feature an extraordinary diversity of materials from textiles, natural dyes and deconstructed books to wasp nests and plaster. “Through the language of objects, I explore an inchoate sense of mourning, fear and desire for the untamed feminine as feared other, and how this prescribes our encounters with one another, our history and the plant and animal world,” she said. “Each material speaks its language and chemistry, from its beginning as plant, flower, clay or insect to its shaping by human culture. Each holds and brings an autonomous history and stands as witness; the physical becomes voice in color, texture, sound and context.” Miranda has shown her works in more than 50 exhibitions across the United States and in Japan and Austria. She is founder and director of the Miranda Arts Project Space in Port Chester, New York. She has developed arts education programs for K-12 schools, museums and higher education institutions, and has taught at many colleges and arts centers including the Lyme Academy College of Fine Arts and the University of New Haven.