Puck Drops in Danbury with Diamonds and Colton Orr 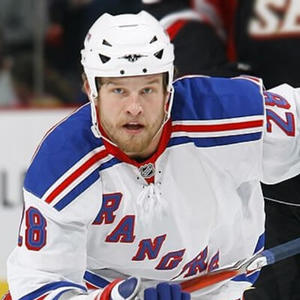 On the heels of Diamond Properties announcing their acquisition of Danbury Ice Arena, the company has reported that former 13-year professional hockey player and New York Ranger, Colton Orr, has joined the ownership group of the arena’s recently launched North American Hockey League 3 team, the Danbury Colonials. Orr will serve as the organization’s managing partner of the Junior Hockey operation, according to a press release published by the team.

Orr commented, “Really looking forward to being part of the Danbury Colonials and the North American Hockey League platform in Danbury. I was fortunate in my Junior Hockey career to have an ex-NHL player (Mike Ridley) to mentor my team in Winnipeg with the St. Bonifice Saints and it was an unbelievable experience for the guys in the room. Being part of building this program from the start is a very exciting opportunity. I can’t wait to get on the ice with the boys.”

According to the Danbury Colonials, as per the partnership, the Danbury Ice Arena will become home to the Colton Orr Hockey Academy which focuses on developing full contact hockey players, taught with the proper methods. All of the camps, clinics, and symposiums are designed to specifically teach body contact and positioning, while also enhancing player skills.

The first session for the Colton Orr Hockey Academy at the Danbury Ice Arena has been set for August 9th, 10th, & 11th.  The clinics are open to skaters of all ages.  Anyone interested in attending can register now at coltonorrhockey.com.

In addition, the Danbury Ice Arena and the Colton Orr Hockey Academy will develop a series of special camps and clinics for players of all ages.  For the latest arena news, visit danburyice.com

Tryout information for the Danbury Colonials, email General Manager, Rob Sutherland, at  This email address is being protected from spambots. You need JavaScript enabled to view it.  or visit danburycolonials.com.

For additional information on Colton Orr and the Danbury Ice Arena partnership, contact Herm Sorcher at 973-713-7547 or email  This email address is being protected from spambots. You need JavaScript enabled to view it. .