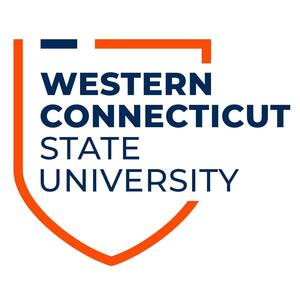 Students and faculty from the Western Connecticut State University Department of Theatre Arts have once again collected a multitude of awards at this year’s Region 1 Kennedy Center American College Theater Festival (KCACTF) competition. The regional festival, usually held in Hyannis, Massachusetts, was conducted virtually this year as a result of the COVID-19 pandemic.

WCSU collected a number of awards across a variety of areas including acting, design expo, stage tech and stage management. The following WCSU students and faculty members were recognized for their work:

Sam Rogers, of Portsmouth, New Hampshire, earned the Region 1 Classical Acting Award in the Irene Ryan Acting Scholarship semifinal round for his performance of an Iago monologue from Shakespeare’s “Othello.”

Lane Shoemaker, of Madison, earned the Heart of the Art Meritorious Award.

Cappucio-Baer will go on to represent WCSU at the national competition held in Washington D.C.

DePoto, himself a graduate of the WCSU Department of Theatre Arts and the Minnesota State University, Mankato M.F.A. in Acting program, praised the festival for its organization and effectiveness.

“The festival is a weeklong convention with a variety of talks and workshops that cover all aspects of theater. Students have the opportunity to work with peers and professionals outside of their schools to collaborate and share ideas, which is great because collaboration is a big part of what this industry is all about.”

In addition to the multitude of individual awards, WCSU was chosen as one of a handful of schools to stream a virtual production of its show, “The Radium Girls: A Jaw Dropping New Musical” to all festival participants. WCSU also was selected to stream portions of the virtual productions “Organizing in the Time of COVID-19 and Other Lessons” and “Be More Funny, and Other Short Plays” as part of the festival’s Fringe series.

KCACTF is a national theater program involving 18,000 students annually from colleges and universities around the country. Since its inception, KCACTF has given more than 400,000 college theater students the opportunity to have their work critiqued, improve their dramatic skills, and receive national recognition for excellence. More than 16 million theatergoers have attended approximately 10,000 festival productions nationwide.

The festival is split up into eight regions across the United States. WCSU belongs to Region 1, comprised of schools from Connecticut, Maine, Massachusetts, New Hampshire, northeastern New York, Vermont and Rhode Island.