Details
Published on Thursday, 23 September 2021 22:43
Written by The Palace Danbury 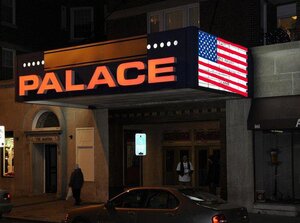 Fans are welcomed back to Danbury’s historic Palace Theatre. Located in the heart of downtown Danbury, the Palace features the grandeur of the past and the entertainment of today!

The Palace opened on Sept. 6, 1928, the dream-come-true of developer Charles Griffing. Although the city of Danbury had the Empress and Capital theaters, the Palace stood out because of its size and splendor— with 2,000 seats, a domed ceiling, Italian statuary, and elegant chandeliers — plus a full pipe organ, two grand pianos and a nine-piece orchestra pit.

From vaudeville and “talking pictures,” to touring Broadway shows and Hollywood blockbusters, the Palace has seen it all! Louis Armstrong played there — so did Jimmy Durante and Liberace. In the 1980’s cult classics like Pink Floyd — The Wall and The Rocky Horror Picture Show were midnight mainstays. Gradually, entertainment tastes changed and in 1995 the theatre dimmed the lights and closed its doors.

Today the Palace is a vibrant destination for music, theatre, comedy, film, and more! The entertainment is varied with musical acts such as Art Garfunkel, Judy Collins, Al Stewart, and The Kingston Trio. Live theatre productions have featured the late Ed Asner as God and local school children in A Charlie Brown Christmas. Independent film is an audience favorite with plenty of Connecticut premiers and film festivals showcasing new voices and perspectives.

The Palace’s goal is to keep it fun and keep it affordable! Ticket prices range from $15 to $49. There’s free parking for patrons in the theatre’s lot. Come early and grab a bite at one of the conveniently located restaurants within walking distance of the theatre.

The Palace is located at 165 Main Street, Danbury, CT. For information on upcoming shows and events call the Box Office at 203-794-9944 or visit their website at www.thepalacedanbury.com