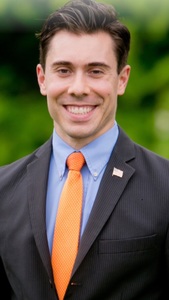 Representative David Arconti (D-Danbury) released the following statement in response to the Governor’s call for a study of electronic tolling on Connecticut’s highways:

“In his executive order last week the Governor seeks to allocate $10 million for a “comprehensive assessment” of using tolls to help pay for the state’s transportation system and infrastructure,” Arconti said. “While I agree we need to take swift and decisive action to ensure our transportation infrastructure meets the needs of state residents and the growth of our economy, spending $10 million for a study is ill advised. The Governor’s executive order asks the Department of Transportation and other state agencies to provide an assessment of tolls and report their findings to the General Assembly. I believe the Governor is overstepping his authority and seeking an unnecessary allocation at taxpayer expense.”

“I agree with state Comptroller Kevin Lembo that this authority belongs with the General Assembly where public hearings and open debate can gauge residents’ views on tolls. Personally, I believe there are options to tolls that have not yet come before the legislature.”

“I am on record against tolls because of the burden on hard-working families and businesses, especially in Danbury where many of these tolls would likely be placed. Danbury motorists would be forced to pay tolls for travel to work, school and running daily errands. Connecticut is often referred to as a “pass through” state and implementing tolls would definitely make the state a place to avoid.”

The state Bond Commission will vote on the Governor’s request during its July 25 meeting.