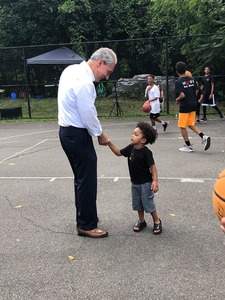 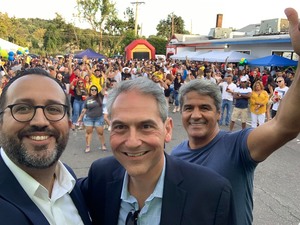 Chris Setaro, the Democrat running for Mayor of Danbury, announced today that his campaign has raised more than $162,000, with the goal of bringing long-overdue change to Danbury.

Setaro has raised $162,063 – more than any candidate for Mayor in the city’s history – since the beginning of his campaign, including $32,790 raised during the third quarter. The campaign has $85,798 cash-on-hand going into the final weeks of the race.

“The support for our campaign to bring real change to Danbury after 18 years of the Boughton Administration has been extremely encouraging and humbling,” Setaro said. “The citywide support for our campaign sends a message loud and clear to the Mayor: We’re tired of the status quo. It’s time for new leadership to finally fix our overburdened schools, crumbling roads, and long-neglected downtown.”

Chris Setaro attended Immaculate High School, the University of Connecticut and Catholic University Law School, he owns a small business downtown. Chris has served Danbury as City Council President and has been awarded for his distinguished record of community service to his hometown.