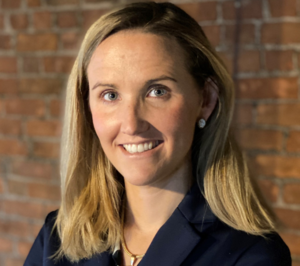 Governor Ned Lamont today announced that he is planning to appoint Alexandra Daum as commissioner of the Connecticut Department of Economic and Community Development (DECD) when he begins his second term in office early next year. Daum will succeed David Lehman, who intends to leave state service at the conclusion of the governor’s first term.

Daum is currently deputy commissioner and chief investment officer of DECD in a position that she has held since March 2020. In this role, she drives public investment in local economic development projects and initiatives across Connecticut, including greenfield and brownfield real estate developments, public-private partnerships, urban revitalization efforts, offshore wind, and opportunity zones. She also manages Governor Lamont’s community redevelopment initiatives, most notably the Connecticut Communities Challenge Grants, Brownfield Municipal Grants, and the Community Investment Fund 2030.

Prior to joining DECD, Daum was the founder and principal of Field Properties, a real estate investor in New Haven. She began her real estate career in development at Trammell Crow Residential in its Northern California division. She earned a bachelor’s degree from Harvard College and an MBA from Harvard Business School.

“Under Governor Lamont and Commissioner Lehman’s leadership, DECD has made a series of smart, strategic investments to spur business growth and innovation, support our arts and tourism sectors, clean up brownfields, and boost vibrancy in towns and cities across our state,” Daum said. “Working closely with the governor and the state legislature, I look forward to building on this progress and ensuring Connecticut fully capitalizes on its strong economic potential.”

Lehman has served as commissioner of DECD since February 19, 2019, just several weeks after Governor Lamont was sworn into his first term in office.

Governor Lamont is set to receive the oath of office and begin his second term on January 4, 2023. At that time, Daum’s nomination as commissioner will be forwarded to the General Assembly for its consideration.