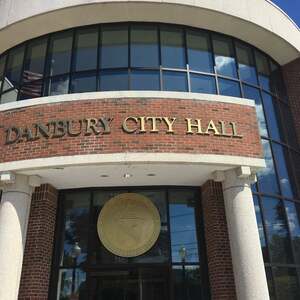 Today, Mayor Dean Esposito announced the Western Connecticut Council of Governments (WestCOG) unanimously voted to advance a proposal of $6,666,000 of LOTCIP funding to Connecticut Department of Transportation to begin a Fiber Optic Trunk Cable Project, which will enable the City to implement the latest in traffic control technologies such as Adaptive Traffic Signals to adjust the timing of green signal to match current traffic conditions.

“I want to thank WestCOG for the unanimous vote on this funding to help ease our traffic burden throughout the City with the modernization of our system. Since day one, my administration has been focused on improving Danbury’s infrastructure. We’ve stuck to that promise, as this funding will allow us to have a reliable and robust communications backbone to monitor and control all traffic signals in the City of Danbury. We will continue to bring the meaningful results our residents expect from Connecticut’s best City,” said Mayor Dean Esposito.

This proposed Fiber Optic Communications Network will accommodate Danbury’s needs for the next thirty years. This funding allocation is also the largest of its kind from the Western Connecticut Council of Government in the history of the organization. This request was unanimously approved at the January 19th WestCOG meeting at the Ridgefield Town Hall Annex.

“I’d also like to thank our Public Works Director and City Engineer Antonio Iadarola P.E. and City Traffic Engineer Veera Karukonda for their vision and leadership in making sure we have the best possible traffic control system for our taxpayers and residents,” said Mayor Dean Esposito.