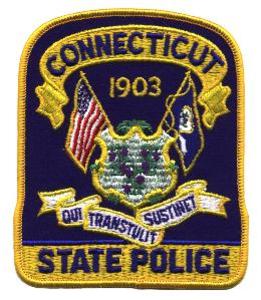 UPDATE: The deceased in this incident has been identified as Paul Arbitelle DOB 10/1/73 last known address of 124 Coal Pit Road Danbury, CT.

On Saturday, December 29, 2018 at approximately 9:30 pm Danbury Police Officers responded to 25 Memorial Drive in Danbury for the report of a suspicious male. Upon arrival Danbury Police Officers observed a white male wielding a knife walking the exterior of the property. After a brief confrontation with the male one of the officers deployed his taser on the male, but it was ineffective. Shortly after a second Danbury Police Officer fired multiple rounds from his duty pistol striking the male at least once. A tenant and female relative of the male, also suffered a gunshot wound as a result of the discharge of the officers weapon.

Both parties were transported to Danbury hospital where the male was pronounced deceased. The female party is listed as critical but in stable condition.

At the request of the Danbury State’s Attorney’s Office the Connecticut State Police Western District Major Crime is investigating the use of force incident.

As updates become available information will be disseminated accordingly.