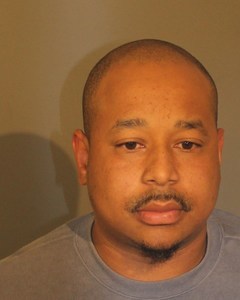 On 09/26/2019, Jeremy “Kuda” Roberts was arrested for a variety of drug-related offenses incident to a police contact for operating a motor vehicle while his privilege to drive in CT was suspended. The contact took place at 35 White St after investigators saw him drive into the parking lot at that address. As he attempted to leave the lot, investigators approached him and placed him under arrest. Investigators were aware of Jeremy’s suspension status, as they were conducting an investigation that began weeks earlier in regard to him selling illegal drugs throughout the Danbury area.

After placing Jeremy under arrest, investigators observed an open container sitting on the front passenger seat, which contained packaged heroin/fentanyl, cocaine and a portable scale. A further search of the car also revealed packaging material commonly used to package and sell illicit drugs for personal use. In addition to the drug-related items, several hundred dollars were seized from his person.

Based on the above information, Jeremy was transported to the Danbury Police Department were he was charged accordingly and held for a cash bond pending arraignment or the posting of bail. Investigators noted that Jeremy has several prior offenses pending in two CT courts, for which he was released after posting several hundred thousand dollar bonds.