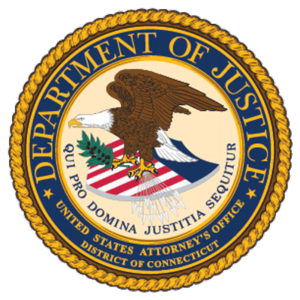 According to court documents and statements made in court, for more than 25 years, Teixeira was employed by Joseph Merritt & Company (“JMC”), a Hartford-based printing company.  Teixeira most recently oversaw the JMC branch located in Danbury.

Between approximately January 2012 and February 2019, Teixeira defrauded JMC and its customers by presenting sales orders, or test sales orders, to customers as though they were actually invoices.  Customers, believing they were paying JMC for the work, then delivered payments into accounts that Teixeira controlled.  Teixeira also stole printing-related inventory from JMC inventory and sold it online, but manipulated invoices to deceive JMC’s systems into thinking the company had sold the inventory.  The loss attributable to Teixeira through these schemes is approximately $1.1 million.

Teixeira pleaded guilty to one count of wire fraud, an offense that carries a maximum term of imprisonment of 20 years.  He is scheduled to be sentenced by U.S. District Judge Vanessa L. Bryant on November 12, 2020.

Teixeira was arrested on a federal criminal complaint on December 12, 2019, and he was subsequently released on a $50,000 bond.  He has been detained since June 1, 2020, after Judge Bryant determined that Teixeira had violated the conditions of his release and revoked his bond.  An investigation revealed that Teixeira spent more than $48,000 while released on bond, in violation of court-imposed restrictions on his financial activity.

This investigation is being conducted by the Federal Bureau of Investigation and Danbury Police Department.  The case is being prosecuted by Assistant U.S. Attorneys John T. Pierpont, Jr. and Amanda S. Oakes.