Three Alarm Fire in Danbury injures one fIrefighter and one resident 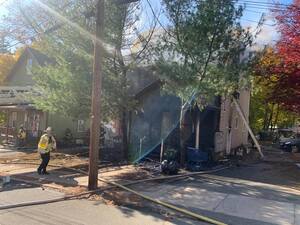 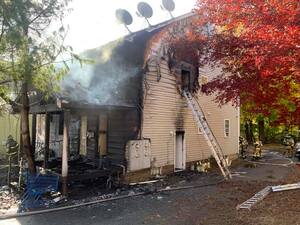 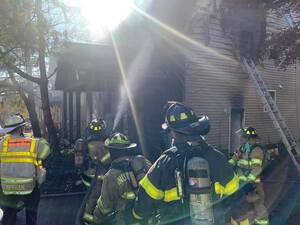 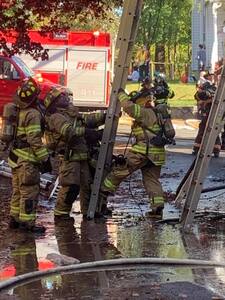 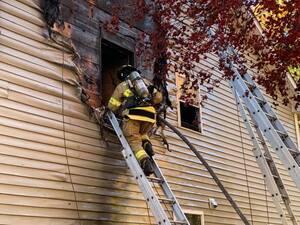 A 3-alarm blaze on Rowan Street in Danbury early Saturday afternoon left 22 residents homeless and hospitalized a firefighter and one resident.

The Danbury Fire Department reported that upon arrival at the scene the were met with a heavy smoke and fire condition which prompted an elevation to a third alarm situation. They called in additional assistance from the Danbury Volunteer Fire Department as well as the Brookfield Volunteer Fire Company and emergency medical services from Danbury Hospital.  A firefighter and a resident were transported to Danbury Hospital with non-life treating injuries.

The Danbury Fire Marshals Office responded to the scene and has the cause of the fire as “undetermined” at this time but they are still investigating. The Fire Marshalls office deemed the building unsafe for habitation and occupants from the three units were displaced and are being assisted by American Red Cross Connecticut

The condition of the firefighter and resident that were taken for medical attention has not been updated as of publication.