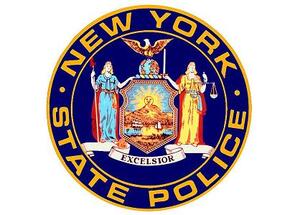 On May 5, 2021, at approximately 1:35 a.m., State Police stopped a vehicle on I-87 in the city of Yonkers for multiple vehicle and traffic violations.  After interviewing the driver, Shamek N. Brown, 49, of Danbury, CT, he was found to be intoxicated and had a suspended license.

When Troopers attempted to take Brown into custody, he resisted arrest.  He was eventually arrested and transported to SP Tarrytown where he refused to give a breath sample.  Additionally, Brown has two previous DWI convictions within the last 10 years and as a result, he was charged with Driving While Intoxicated; a Class D Felony, Aggravated Unlicensed Operation 1st degree; a Class E Felony, and Resisting Arrest; a Class A Misdemeanor.

Brown was turned over to a sober third party and released on appearance tickets returnable to the City of Yonkers Court on May 28, 2021 at 9:30 a.m.