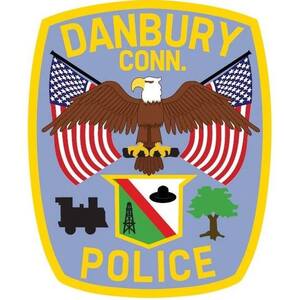 On Monday, January 23, Danbury Police Officers responded to Mill Ridge Road for two separate shots fired complaints, one occurring at approximately 7:00 pm and the other at approximately 10:30 pm. In both incidents, homes were shot at by one or more occupants of a car driving through the area. As a result, several of the houses were damaged by bullets.

While many of the homes were occupied, there were no reported injuries. During the ensuing investigation, witnesses identified the involved vehicle as a light-colored Honda CR-V. As a car was stolen earlier in the evening, matching the make and model of the suspect vehicle, it was believed the three incidents were connected.

As it turns out, a Danbury Police Officer came in contact with a light-colored Honda CR-V after the second reported shooting. The vehicle had committed a traffic violation, and when it was signaled to stop, it fled at a high rate of speed, causing a pursuit to be initiated.

The vehicle was pursued to the Triangle St., Danbury area, where it became disabled, and the occupants (several) fled the scene on foot. A search of the Triangle St. area, with the assistance of Brookfield and Ridgefield Police Officers and K9 partners, ended with two suspects in police custody.

During the apprehension of one of the suspects, he was bitten by the police K9 but refused medical attention. The car driven by the suspects was the same car stolen earlier in the evening and involved in the Mill Ridge Rd shootings. The vehicle revealed evidence of a firearm being present and a pistol, believed discarded by the suspects, was located under a parked car in the area.

When in custody, the two were identified as 15 and 17-year-old residents of Danbury. While the investigation regarding the shootings is ongoing, both suspects are charged with stealing the car, engaging in pursuit, reckless driving, operating without a license, and interfering with the duties of a police officer. Additional charges and arrests are pending, and both are scheduled to appear in court.

Anyone with information regarding this incident is asked to contact the Danbury Police Department at 203-797-4611.

To send an anonymous text tip, text keyword DANBURYPD and your message/tip to 847411 (tip411). Anonymous web tips can also be submitted through the online web tip form.