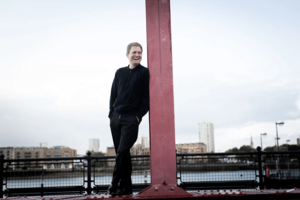 The classical music concerts hosted over decades by the Danbury Music Association are, simply put, a class act.

On Sunday afternoon, October 30th at 3:00pm, the impeccable curation by DCA’s devoted, all-volunteer team continues when pianist Andrew Armstrong, praised by critics for his passionate expression and dazzling technique, takes centerstage at the 350-seat Veronica Hagman Hall at the Visual and Performing Arts Center (VPAC) on the Western Connecticut State University.

For GPS directions, use 43 Lake Avenue Extension, Danbury, CT 06811. Armstrong will be joined by Raphael Bell on cello and Amy Schwartz Moretti on violin.

Armstrong’s musical program will include:

Armstrong has delighted audiences across Asia, Europe, Latin America, Canada, and the United States, including performances at New York’s major stages including Carnegie Hall, Avery Fisher Hall, and Alice Tully Hall. The 2021-2022 season has taken Andy throughout Europe with performances in Glasgow at the Royal Conservatoire of Scotland, London at Wigmore Hall, Geneva at the Conservatoire de Musique de Geneve and at the Dresden Music Festival. In addition to his performance activities, Andrew serves as Artistic Director of two thriving series in South Carolina — the Columbia Museum of Art’s Chamber Music on Main and the USC Beaufort Chamber Music Series. In 2020, Andrew founded New Canaan Chamber Music in New Canaan, Connecticut, and currently serves as artistic director of its third season.

Recognized as a deeply expressive artist, Amy Schwartz Moretti enjoys the opportunity to travel and perform concerts around the world. Her many festival appearances include Bridgehampton, ChamberFest Cleveland, Evian, La Jolla, Meadowmount, Seattle, Music@Menlo and Manchester Music Festival. She has served as guest concertmaster for the symphony orchestras of Atlanta, Houston, Pittsburgh; the New York Pops and Hawaii Pops; and the Brevard, Colorado, and Grand Teton festival orchestras. The Cleveland Institute of Music has honored her with an Alumni Achievement Award, the San Francisco Conservatory of Music their Fanfare Award, and she was named to Musical America’s “Top 30 Professionals” in 2018.

Tickets to individual concerts may be purchased on Eventbrite a few weeks prior to performance dates, depending on availability. Ages 18 and under are admitted free courtesy of a grant from the Danbury Cultural Commission, and advance reservations are required through Eventbrite. For updated information, call the WCSU box office  at 203-837-8732 or go to wcsuvpac.eventbrite.com.

WCSU’s Visual and Performing Center (VPAC) provides open seating throughout the hall, and audience capacity may be limited as a public safety precaution. University and public health protocols, which may change, will be followed. Artists and dates are subject to change.