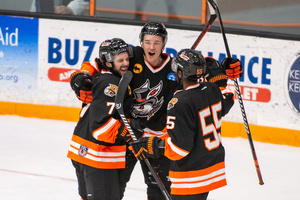 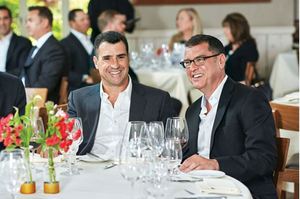 It was in March of 2019, when Diamond Properties, a private real-estate development company owned by brothers Bill and Jim Diamond, announced the purchase of the Danbury Arena from Floyd Hall Enterprises.

The Hat Tricks have attracted crowds of more than 1500 hockey fans per game who have watched the athletes claim victory at 13 of the 14 games played in 2019! And, more Hat Tricks will dazzle fans in 2020!

Bringing big city talent to the small town center stage is something the Diamond brothers believe in wholeheartedly. Look no further than ACT of Connecticut, an equity theater in Ridgefield, Connecticut, that was created by Mount Kisco based, Diamond Properties.

“What people love about ACT is Broadway-quality productions, but without the hassle, planning, and expense of traveling into New York City. Hat Tricks provides a similar experience for hockey enthusiasts by bringing professional hockey close to home,” says Bill Diamond.

The Hat Tricks traveling right now but will be back on their home turf at Danbury Arena taking on the Watertown Wolves on January 7. The puck drops at 7pm. Purchase tickets here.

Season tickets are available and their many benefits include select seating, complimentary parking, and a $10 food credit per seat (no tricks!) Get your season hockey fix here.

When the Hat Tricks are away - the Arena continues to play! Kick-off 2020 with Xtreme International Ice Racing on January 3 and 4 at 7pm.

Take in the chaotic racing action, as the best in XiiR motorcycle and quad racing hit the ice January 3rd and 4th at 7pm!  Over 20 grueling races. 0-60mph in less than three seconds. No brakes. Sound crazy? It is. And you won't want to miss it.

XiiR (Xtreme International Ice Racing) is a motorcycle racing tour...ON ICE! Man and machine going from 0-60mph in under 3 seconds riding Speedway bikes and quads that are modified to compete on an indoor ice arena. There are over 2000 metal studs added to the tires and there are NO BRAKES! What does that mean? PURE ADRENALINE!

Watch for more HatTricks news right here on HamletHub! We are thrilled to call them one of our 2020 sponsors!