Rebel Billionaire and CEO of Lovesac, Shawn Nelson, Shares His Secrets for Success at WCSU on October 22 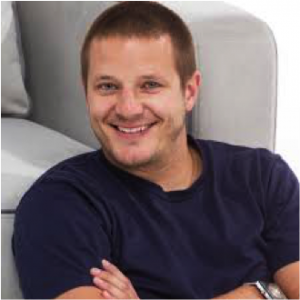 Rebel Billionaire and CEO of Lovesac, Shawn Nelson, Shares His Secrets for Success at The Economy and You 2015

“Invest in Yourself Intellectually, Physically, and Mentally“

Shawn Nelson CEO and Founder of the Lovesac Furniture Company will take the podium at this year’s The Economy and You 2015 free event. On October 22nd at WCSU’s Visual & Performing Arts Center. Nelson will share his knowledge on how to invest in yourself intellectually, physically, and mentally. His session will take place on the main stage at 6pm to 7pm.

Nelson founded the Lovesac Furniture Company in 1995 with the goal of creating the world’s largest beanbag. The company eventually evolved into an international retailer of alternative furniture, the Lego prototype of the furniture industry. In 2005, Nelson competed on FOX’s reality show, The Rebel Billionaire: Branson’s Quest for Best and emerged the winner with a check for $1 million dollars and a stint as president of Virgin Airlines.

The Economy and You 2015 symposium is Thursday October 22n from 5pm to 8pm. at Western Connecticut State University, Visual Performing Arts Center on 7 University Blvd. For more information visit www.TheEconomyandYou.com