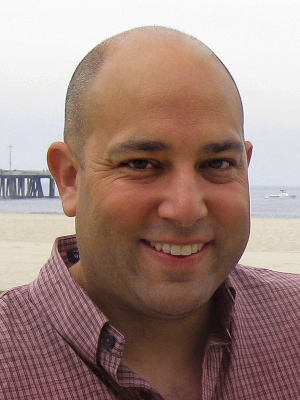 It was announced today that Dr. Frank LaBanca, principal of the Westside Middle School Academy, has been selected as the Outstanding First-Year Principal of the Year for 2015-16 by the Connecticut Association of Schools.

The award from the association’s middle-level division will be officially presented on Nov. 9 at a recognition celebration in Southington.

LaBanca, a Sandy Hook resident, has been principal of the magnet school since it opened in 2014-15. The school was built to accommodate 600 students from Danbury chosen through a lottery system and offers educational programming in the areas of STEM and Global Studies. WSMSA is a magnet school because of its theme-based curriculum, but the curriculum also follows the standard district academic criteria.

Before coming to Danbury, LaBanca, a longtime educator, worked with more than 40 kindergarten through 12th grade schools in the state as director of the Center for 21st Century Skills at Education Connection, commonly known as the “Regional Service Center.” The center represents Western Connecticut school districts whose mission is educational change and improvement. A graduate of the University of Connecticut, LaBanca has a master’s degree from the University of Bridgeport and an educational doctorate in instructional leadership from Western Connecticut State University.

Nominated by Superintendent Dr. Sal Pascarella, LaBanca’s application was endorsed by WSMSA STEM theme coach Jon Neuhausel who said the principal “professionally develops his staff in unique ways and gives all staff members an equal voice during these meetings to share current innovations in their particular content areas, developing a strong sense of school community.

“Dr. LaBanca leads through example by teaching an engineering class to eighth graders. Teaching allows Dr. LaBanca to stay connected with the students on a very personal level. Dr. LaBanca uses his experience in the classroom to continually improve his vision of creating an inquiry-based school that engages ALL students and gives them the ability to problem solve and think critically.”