OPINION: Rep. Harding: We must seek efficiency in spending, not go after taxpayers 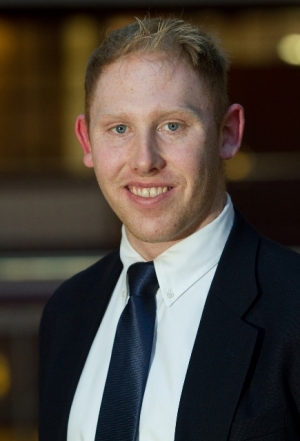 It’s finally summer, and for so many this means an escape from the everyday. But as residents of Connecticut head to the beach on well-deserved vacations, I have no doubt that news of the recent budget passing hasn’t escaped the attention of any household in the state.

When the budget implementer bill was presented to the House Chamber during Special Session on June 29, we had mere hours to read it over and realize that despite some changes made for the better, this budget didn’t do nearly enough to steer Connecticut in the right direction. In a party line vote of 78 to 65, with only two Democrats joining my fellow Republicans in voting against it, the strenuous tax hikes in this budget were pushed through the Legislature. The governor signed it into law the very morning of the vote.

Though much discussion of this budget has been focused on corporations and the unconscionable unitary tax placed upon them, make no mistake; this budget does not discriminate in regards to its negative impact upon both businesses and residents.

Sales taxes on clothing and footwear under $50 have been reinstated, placing an additional cost on residents of all income backgrounds. I also fear this could have an even greater impact upon our area with the possible impact to revenue at Danbury Fair Mall.

The $300 cap on property tax credits has also been decreased to $200. Though seemingly nominal to some, I believe this is a significant change for our middle class in this state who fights for every cent.

In addition, the Property Tax Reform Plan, formerly known as Senate Bill 1 – which I voted against – caps all municipal mill rates to 32 mills for the 2015 assessment year and 29.36 for 2016 and years following. Through this bill, those municipalities, which are forced to lower their mills, will receive funding from the State to compensate for their loss in revenue. On its face, this seems live a positive measure, but the end result will not be positive for our district. In order to generate the revenue for this new initiative the State has established a .05% Municipal Sales Tax, which will be collected exclusively by our State Government. As all of you know, the State has not been genuine in funding programs and municipalities that it promised to before. In addition, the way the new money will be distributed is skewed to big cities, and thus unfair to our local municipalities. I fear that this will just be an additional tax that our local residents will not reap the benefit of.

I have been approached by businesses and residents alike, every one of them upset and nervous about how this budget will impact themselves and their neighbors. We need to move our state in a different direction. We have to begin looking at the spending side of the budget before raising taxes on our residents once again. During next year’s session I plan to stand ardently behind this principle: find efficiency in our spending. Don’t go after Connecticut’s hard working, life-long taxpayers.

Please continue to contact me regarding your concerns on this issue or any other facing our State and district at 1-800-842-1423 or This email address is being protected from spambots. You need JavaScript enabled to view it.