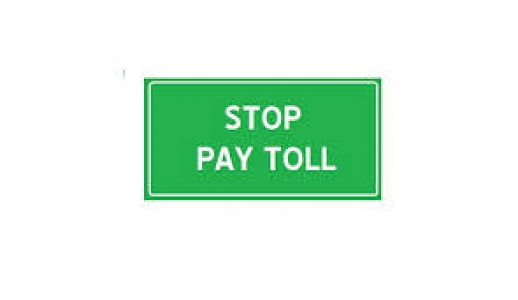 Danbury City Council Democrats have sent a letter to the members of the General Assembly's Transportation Committee raising serious concerns with the possible placing of tolls on Danbury's boarder with NY.  While recognizing the difficult decisions ahead in the special session and beyond regarding the State's transportation infrastructure Council Democrats urged lawmakers to find a way to avoid imposing tolls on the boarders.

The letter explains that that tolls on the state's boarders will punish local residents with additional transportation costs while negatively impacting local commerce not only hurting retailers' bottom line but also State tax coffers highlighting that Danbury is the State's largest generator of sales tax revenue.

"It is the average commuter, worker, shopper and business owner that will be negatively impacted by tolls which will disproportionately impact residents and businesses on Connecticut's boarders." Said Democratic Council Leader Tom Saadi adding  "another concern is that vehicles trying to avoid highway tolls will pour onto already crowded local roads further negatively impacting local commerce and quality of life and traffic safety."

In their letter the Council Democrats stress that if lawmakers are serious about placing tolls on our highways they should not only look the State's boarders but, as a matter of fundamental fairness, include interior regions such as the Middletown, Meriden and Hartford area where highways carry significant traffic moving between states to Connecticut's west and south and northern New England.  "If tolls are going to be imposed it should not be the border towns like Danbury that bear the full burden, but interior regions of the State as well." Said Saadi.