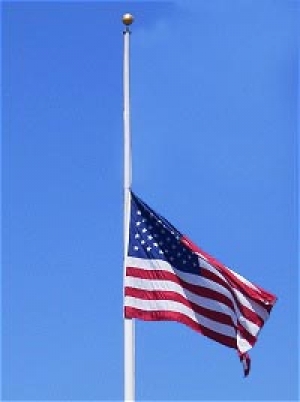 Governor Dannel P. Malloy is directing U.S. and State of Connecticut flags to be flown at half-staff in the state in honor of the four United States Marines and a United States Navy officer slain in a Chattanooga, Tennessee shooting.  The Governor and Lieutenant Governor Nancy Wyman released the following statement:

"Connecticut and the nation stands with the people of Tennessee and the many communities that have been devastated by this tragedy. Our thoughts and prayers are with the families and loved ones of the victims as they are laid to rest - and with the states across the nation who are mourning the loss of their citizens."

Flags will remain at half-staff through sunset on Tuesday, July 21.