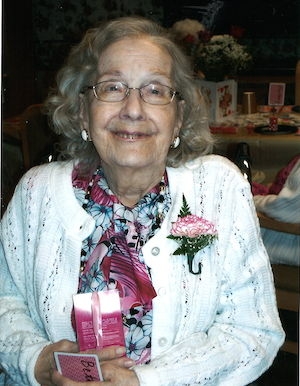 She was a former resident of The Gardens of Danbury.

Bettye was born in New York, New York, the daughter of the late Paul and Eva (Cudlip) Foreman. She moved with her family to Stamford, where she attended local schools and graduated from Stamford High School.

On April 12, 1947, she wed the love of her life, William Edward Jackson Jr., to whom she was married for sixty-four years. They lived in Stamford and Rowayton before moving to Ridgefield in 1963. For many years, she volunteered in the Farmingville Elementary School library. She was a devoted wife, mother and friend.

In addition to her husband and parents, Mrs. Jackson was predeceased by a brother, Paul Foreman Jr. and by a sister, Louise Tymon.