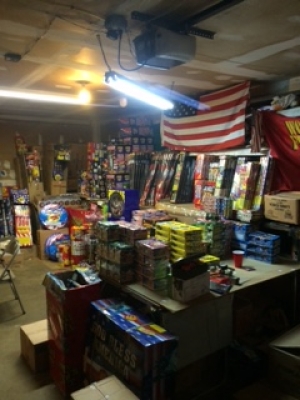 A search of a single-family residence in Danbury, along with a storage barn in Danbury, revealed the possession, storage and sales of an extraordinary amount of illegal fireworks, explosives and IED’s to include MClass devices.

Thousands of illegal product items were located, identified and seized. Four trailer loads of product were transported from the scene by CSP ESU Bomb Squad personnel. It is estimated that the street value of the illegal fireworks and explosives is nearly $250,000.00.
Additionally, narcotics and cash in excess of $3,600.00 were also seized. Several felony arrests of multiple suspects are anticipated as the investigation continues.