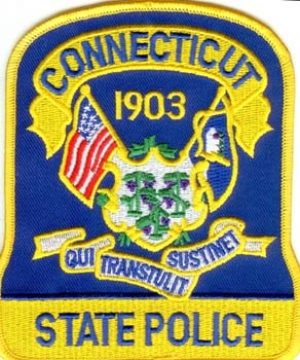 On July 17, 2015, at 3:06 a.m., State Troopers from Troop A initiated a traffic stop for a speeding motor vehicle on Interstate 84 westbound in the area of exit 10. The operator refused to stop and at exit 6, Troopers deployed stop sticks in an attempt to stop the vehicle; however, the stop sticks were unsuccessful.

The operator drove off the roadway at a high rate of speed towards a Trooper who was outside his cruiser, assisting a motorist with an unrelated traffic incident in the area of exit 6. The Trooper discharged a round from his duty weapon. The round struck the vehicle and the vehicle continued off exit 6 through several towns before crashing in the area of Route 7 and Route 37 in New Milford.

At the crash site, the suspect exited his vehicle and engaged Troopers and Danbury Police Officers in a physical altercation. During the struggle with the suspect, a Taser was deployed on the suspect and he was eventually handcuffed. Several of the Troopers involved were treated and released from Danbury Hospital.

The operator was taken into custody and transported to Danbury Hospital for evaluation.

The incident remains under investigation.