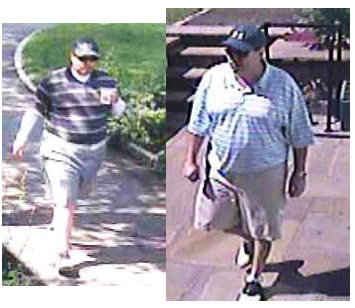 From the Darien Police:

Over the past week there have been several vehicle burglaries of unlocked vehicles parked at golf courses and country clubs in Fairfield County. Law Enforcement believe that (2) suspects are involved in the incidents.

It is believed that the suspects are operating a White colored Nissan Maxima or Altima with a Texas license plate.
It is also believed that Suspect #1 may be entering the clubhouse in an attempt to locate unsecured lockers. When approached by county club staff suspect #1 indicates that he is a guest but cannot provide the name of the member.

Anyone observing the described or depicted suspect(s) or vehicle are requested to contact your local police department.