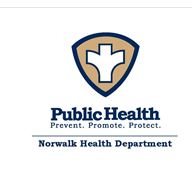 NORWALK, Connecticut (August 5, 2013) – All recreational shellfishing areas in Norwalk, Westport, and Darien and multiple commercial shellfish beds in Norwalk and Westport are closed until further notice. The closures are due to illnesses caused by the bacterium Vibrio parahaemolyticus.  The Norwalk Health Department is working with state officials, commercial shellfishers, restaurants, and the public to prevent illness from this bacterium.

There have been three confirmed cases of illness from Vibrio parahaemolyticus associated with this recall. According to state officials, the symptoms of foodborne Vibrio parahaemolyticus infection include watery diarrhea, often with abdominal cramping, nausea, vomiting, and fever. Symptoms typically occur within 24 hours of consumption of the contaminated shellfish and can last about up to 7 days. Immune compromised people and those with certain medical conditions including liver disease are at greatest for foodborne disease. If you are experiencing these symptoms and believe they may be related to contaminated shellfish, contact your doctor.

About the Norwalk Department of Health: Under the direction of the mayor, and with valuable guidance from its six-member Board of Health, the Norwalk Health Department provides a variety of services and programs to fulfill its mission: to prevent and control the spread of disease, promote a healthy environment, and protect the quality of life within its changing community. More information is available at www.norwalkhealth.com.