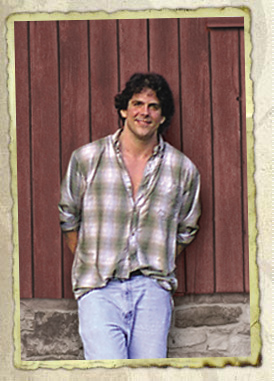 The Darien Summer Nights concert series welcomes singer-songwriter Doug Allen to Darien on Friday, August 9th. The concert begins at 6 pm and ends at 9 pm. If there was one concert in this series not to miss, this is this one.

Doug's rich voice and strong hooks keep getting him noticed by music fans and filmmakers from coast to coast. He's had two songs off his new CD getting picked up by major motion pictures. People say he is a cross between the new country sound of Zac Brown Band and bands like The Fray and Train. Doug grew up in the Suburbs of New York City, but it was in the woods of CT that he met his strongest influences... music and a love of the outdoors. It was during long road trips to their favorite camping, hunting and fishing spots that some of rock and country's biggest artists cranked through the speakers of their '65 Ford Falcon.

Doug has performed throughout the northeast, appearing with acts such as Jeffrey Gaines, Edwin McCain, Blue Oyster Cult, The Radiators, NRBQ, GE Smith and John Entwhistle of the Who. To find out more about Doug Allen go to DougAllenMusic.com

The concert is free-of-charge, sponsored by Grove Street Plaza and Baywater Properties. For information on the concert series, visit DarienSummerNights.com  The Melting Pot bar will be open and serving drinks in Grove Street Plaza. Enjoy a great concert by a talented musician, then have dinner with family and friends afterwards in one of Darien's fine restaurants!